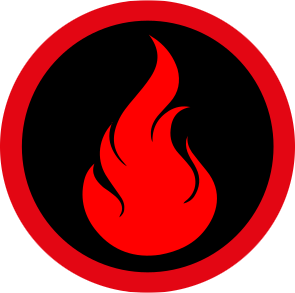 In March 1997, I offered $500 to the first person to publish a verifiable security hole in the latest version of qmail: for example, a way for a user to exploit qmail to take over another account. My offer still stands. Nobody has found any security holes in qmail.

Of course, ``security hole in qmail'' does not include problems outside of qmail: for example, NFS security problems, TCP/IP security problems, DNS security problems, bugs in scripts run from .forward files, and operating system bugs generally. It's silly to blame a problem on qmail if the system was already vulnerable before qmail was installed! I also specifically disallowed denial-of-service attacks: they are present in every MTA, widely documented, and very hard to fix without a massive overhaul of several major protocols. (UNIX does offer some tools to prevent local denial-of-service attacks; see my resource exhaustion page for more information. See also my page responding to Wietse Venema's slander.)

A group of qmail users offered a $1000 prize for one year under similar rules. The prize was not claimed; the money was donated to the Free Software Foundation.

In May 2005, Georgi Guninski claimed that some potential 64-bit portability problems allowed a ``remote exploit in qmail-smtpd.'' This claim is denied. Nobody gives gigabytes of memory to each qmail-smtpd process, so there is no problem with qmail's assumption that allocated array lengths fit comfortably into 32 bits.

Why is qmail secure?

The reason I started the qmail project was that I was sick of the security holes in sendmail and other MTAs. Here's what I wrote in December 1995: > Every few months CERT announces Yet Another Security Hole In Sendmail---something that lets local or even remote users take complete control of the machine. I'm sure there are many more holes waiting to be discovered; sendmail's design means that any minor bug in 41000 lines of code is a major security risk. Other popular mailers, such as Smail, and even mailing-list managers, such as Majordomo, seem just as bad.

As it turned out, fourteen security holes were discovered in sendmail in 1996 and 1997. I followed seven fundamental rules in the design and implementation of qmail:

In qmail, programs and files are not addresses. The local delivery agent, qmail-local, can run programs or write to files as directed by ~user/.qmail, but it's always running as that user. (The notion of ``user'' is configurable, but root is never a user. To prevent silly mistakes, qmail-local makes sure that neither ~user nor ~user/.qmail is world-writable.)

Security impact: .qmail, like .cshrc and .exrc and various other files, means that anyone who can write arbitrary files as a user can execute arbitrary programs as that user. That's it.

Of the twenty most recent sendmail security holes, eleven worked only because the entire sendmail system is setuid.

Only one qmail program is setuid: qmail-queue. Its only purpose is to add a new mail message to the outgoing queue.

(From root's point of view, as long as root doesn't send any mail, only qmail-start and qmail-lspawn are security-critical. They don't write any files or start any other programs as root.)

The essence of user interfaces is parsing: converting an unstructured sequence of commands, in a format usually determined more by psychology than by solid engineering, into structured data.

When another programmer wants to talk to a user interface, he has to quote: convert his structured data into an unstructured sequence of commands that the parser will, he hopes, convert back into the original structured data.

This situation is a recipe for disaster. The parser often has bugs: it fails to handle some inputs according to the documented interface. The quoter often has bugs: it produces outputs that do not have the right meaning. Only on rare joyous occasions does it happen that the parser and the quoter both misinterpret the interface in the same way.

When the original data is controlled by a malicious user, many of these bugs translate into security holes. Some examples: the Linux login -froot security hole; the classic find | xargs rm security hole; the Majordomo injection security hole. Even a simple parser like getopt is complicated enough for people to screw up the quoting.

In qmail, all the internal file structures are incredibly simple: text0 lines beginning with single-character commands. (text0 format means that lines are separated by a 0 byte instead of line feed.) The program-level interfaces don't take options.

All the complexity of parsing RFC 822 address lists and rewriting headers is in the qmail-inject program, which runs without privileges and is essentially part of the UA.