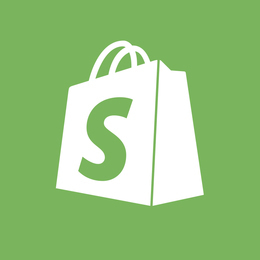 Merchant trust and safety is our #1 priority; our maximum bounty of $100,000 reflects that.

If you submit a valid and bounty eligible report, we will pay you within 7 days of triage. To participate, you must only test against accounts you create with a @wearehackerone.com email address. We have a list of known issues you should review before reporting.

We pay our bounties based on CVSS scores using our CVSS Bounty Calculator.

Shopify's bug bounty program is our way to reward security researchers for finding serious security vulnerabilities in the In Scope properties listed at the bottom of this page, including our core application (all functionality associated with a Shopify store, particularly your-store.myshopify.com/admin) and certain ancillary applications.

We look forward to working with all security researchers and strive to be respectful, always assume the best and treat others as peers. We expect the same in return from all participants. To achieve this, our team strives to:

We encourage security researchers to sign up for a bug bounty partner account, which allows you to create shops and private Shopify apps for testing within the program guidelines, https://partners.shopify.com/signup/whitehat.

You must use a bug bounty partner account to create shops for testing or use your HackerOne email address, YOURHANDLE @ wearehackerone.com (e.g. hackerjuan @ wearehackerone.com) so we can properly identify your shop. Doing so may also give you access to new features on your shop before the feature is fully released.

The scope of the bug bounty program is limited to the domains listed at the bottom of this page. Valid vulnerabilities on any domain not explicitly listed in scope will be accepted but are ineligible for a reward. For example, vulnerabilities on any Shopify owned app or channel not listed below will not be awarded a bounty unless impact on Shopify core can be demonstrated.

All software components that are used within the Shopify application may be exploited in your attack, including bugs in the Liquid templating engine, its C performance extension, the Ruby interpreter (MRI), our sandboxed script execution environment, the Ruby on Rails framework, as well as third party libraries that we use (such as Ruby gems). Please note that bugs in third party components only qualify if you can prove that they can be used to successfully attack Shopify. Only original reports will be rewarded.

If you need further clarification of the rules or scope of our bug bounty program, you may email us at bugbounty@shopify.com.

Bounty amounts will be determined using our CVSS Bounty Calculator. In most cases, we will only triage and reward vulnerabilities with a CVSS score greater than 0. A CVSS score under 3 will result in a $500 bounty. Scores greater than or equal to 3 will be determined by the calculator. In rare cases, we may choose to accept and award a bonus for an issue with a CVSS 0 when we see a high potential for future security impact, and make a change as a result of the report.

While our bounty table states the minimum bounty per severity, CVSS scores for non-core properties listed in scope will be determined with Environment Score modifiers set to Low for Confidentiality, Integrity and Availability Requirements.

The following vulnerability types have already been reported and triaged, and won't be fixed. These issues will be closed as Not Applicable:

Shopify does not consider the following to be eligible vulnerabilities under this program. In most cases, these issues will be closed as Not Applicable:

The following rules must be followed in order for any rewards to be paid:

This program is not open to minors, individuals who are on sanctions lists, or who are in countries (e.g. Cuba, Iran, North Korea, Sudan and Syria) on sanctions lists. You are responsible for any tax implications resulting from payouts depending on your country of residency and citizenship. Shopify reserves the right to cancel this program at any time and the decision to pay a bounty is entirely at our discretion. Your testing and submission must not violate any law, or disrupt or compromise any data that is not your own. There may be additional restrictions on your ability to submit content or receive a bounty depending on your local laws.

Shopify considers activities conducted consistent with this program to constitute “authorized” conduct under the Computer Fraud and Abuse Act. If legal action is initiated by a third party against you and you have fully complied with this program, Shopify will take steps to make it known, either to the public or to the court, that your actions were conducted in compliance with the Shopify policy.

Upon Shopify’s request, you will execute, acknowledge and delivery such further instruments, and will otherwise cooperate and do all other acts as may be necessary or appropriate in order to perfect or carry out the purpose and intent of these terms.

For our newest product updates, keep an eye on our Core Change Log and Partners Blog.


Firebounty have crawled on 2015-04-09 the program Shopify on the platform Hackerone.