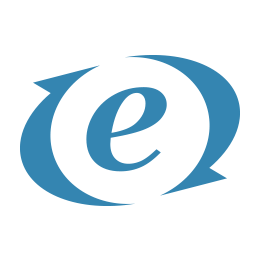 PLEASE NOTE: DO NOT TEST OUR WEB SITES This program is for the downloadable self-hosted application ExpressionEngine, not the ExpressionEngine.com or EllisLab.com web sites. Scans and intrusion attempts are a violation of our web site's terms of use and reports will be marked Not Applicable without notice, incurring a loss of HackerOne reputation.

We take security issues very seriously, and encourage responsible reporting with a high priority on making security fixes or patches available rapidly, prior to any public disclosure of the vulnerability. We find this is the best balance of giving security issues the attention they rightly deserve, and protecting end users and site visitors from malicious individuals and script kiddies.

All software has vulnerabilities, but when we work together with developers and researchers, we can all help make the Internet a safer and better place. We love to acknowledge researchers who make valid security reports and work with us, and while we do not have a bounty program, sometimes will donate software or swag for being classy.

What are Security Issues?

When we speak about security related bugs, we are most interested in:

We don’t have rigid guidelines for what a security bug report should include, as we want to minimize barriers—ultimately we just want to receive the information. That said, the best security reports not only describe the vulnerability, but include a proof of concept as well as how it might be exploited in a realistic situation. Bonus points for including your recommended solution.

On the converse, security reports that are merely the output of penetration testing software are generally not only unhelpful, but typically contain false-positives as the software cannot grasp the context or implications of a piece of code that checks off one of the items on the vendor’s preset list of vulnerabilities.

Since our team only speaks English all security reports must be made in English, and communication will be in that language.

Once you have reported the security issue, a number of steps will be taken to assess and address the reported issue prior to disclosure.


Firebounty have crawled on 2014-07-15 the program ExpressionEngine on the platform Hackerone.