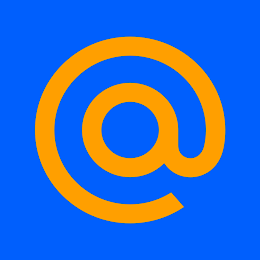 The program's scope is limited to technical vulnerabilities in the company's critical web services or mobile apps. To report problems accessing your account or non-security issues, please contact customers support.

A list of the projects can be found here:

We will not pay a reward (and we will be really upset) if we detect:

Please use your own accounts, phone numbers, etc to conduct your research. Do not try to gain access to others' accounts or any confidential information.

Remember you are testing production environment which is being used, supported and monitored. To prevent negative reaction, conduct your research in responsible, less intrusive way and reasonably limit impact from your tests for users, moderators and administrators.

Aggressive security scans and tests may trigger alerts and result in re-active measures being enforced, e.g. account, phone number or IP may be blocked. Automated abuse reporting tools are not used by Mail.ru, but in some cases, if attack resembles the real intrusion attempt manual abuse report may be sent by administrator.

We believe moderation and monitoring processes must not be impacted by bug bounty and security team does not interfere with moderation and abuse reporting decisions for individual cases.

How do I submit a bug report?

A bug report must give a detailed description of the discovered vulnerability and brief steps to reproduce it, or a working proof-of-concept. Video and screenshots can illustrate bug report, but can not replace it.

If you do not describe the vulnerability in sufficient detail, the discovery process is significantly prolonged and that doesn't help anybody. It's also very desirable if researcher can explain how exactly he or she found a given vulnerability.

How are bug reports examined?

Reports about vulnerabilities are examined by our security analysts. Our analysis is always based on worst case exploitation of the vulnerability, as is the reward we pay.

Reports are reviewed within 15 days (this is a maximum period - we'll probably respond sooner).

If you prefer to remain anonymous, we recommend using an alias when submitting bug reports.

Different exploitation vectors for the same bug or similar bugs may be considered duplicating if security team believes information provided for a single vector/bug is enough to fix all vectors or bugs reported.

Report for known or duplicating vulnerability is considered as Duplicate. Duplicate report is not eligible for monetary reward. Report can be either a duplicate of another report from any bug bounty platform or a duplicate of the problem internally tracked by Mail.Ru security team. Usually, access to original report or some information from internal task tracker is provided to reporter of Duplicate. In some cases information may not be provided, if a Duplicate contains less information or less critical exploitation vector than original report.

The report is considered as a duplicate to internal task if there is a task in internal task tracker which is tracked by Mail.Ru security team on the time of the duplicate report.

Also, public 0-day/1-day vulnerabilities may be considered as a duplicate within few days after vulnerability details publication, if vulnerability is known to our team from public sources and we are working to mitigate or patch it.

Report in "N/A" or "Need more info" state which is stale in this state for more than a week without sufficient new information provided is considered as invalid and does not participate in bug bounty.

We will pay you a reward if you are the first person to report a given vulnerability.

The bounty decision will be made within 30 days after triage (this is a maximum period - we'll probably award sooner). A message will appear in your bug report, indicating that the vulnerability you reported has been confirmed and a reward has been granted.

Payments are made through HackerOne.

Vulnerability must be disclosed only with accordance with bug bounty platform disclosure policy.

Request for vulnerability disclosure must be submitted via bug bounty platform report interface. We usually disclosure reports within 4 weeks after disclosure request or fixing time, but we can request up to 3 months of additional time before vulnerability details are published. This time is required to distribute the fixed version and check it for regressions.

If any sensitive information including (but not limited to) infrastructure and implementation details, internal documentation procedures and interfaces, source code, user and employees data accidentally obtained during vulnerability research or demonstration must not be disclosed. Intentional access to this information is strongly prohibited.

Mail.ru does not disclosure and do not grant you any rights to disclosure vulnerabilities in 3rd party products or services, unless these rights are explicitly given to you by affected 3rd party.