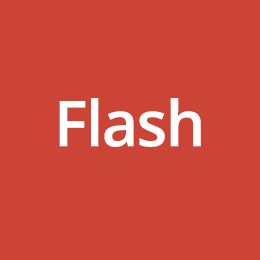 As of August 22nd 2016, the Internet Bug Bounty is no longer awarding bounties for Flash. We 'd like to extend our sincere thanks to the researchers who have helped resolve almost 70 vulnerabilities over these last three years. Eliminating these vulnerabilities combined with significant engineering efforts from Adobe and further hardening from browser vendors, Flash exploitation no longer has the same impact as when we started. Thank you!

The Internet Bug Bounty will be shifting these resources towards the our bounties covering open source infrastructure.

If you have any questions, please contact us at panel@internetbugbounty.org

The Internet Bug Bounty is issuing rewards for vulnerabilities in the Adobe Flash Player. Flash Player is ubiquitously installed across the world’s desktop machines, and is one of the few browser plug-ins that is run by default across different browsers.