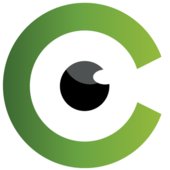 Crypviser is the most private messaging app, as it is based on Blockchain technology. The decentralized Crypviser Messenger lets you to enjoy private cam chat & voice calls with automated blockchain encryption.